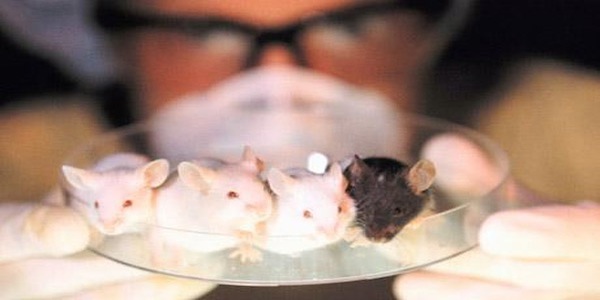 So many qualities about a human being are influenced by heredity and genetics; many genes are physical - hair & eye color, voice, height, others impact personality traits, and some genes passed from parents to offspring may carry the risk for certain diseases and disorders. For example, recent research reports about 50 percent of the risk for alcoholism is genetically determined and children of parents with heart and blood vessel diseases are more likely to develop them too. Identifying a hereditary disease is heartbreaking for parents, recognizing that gene therapy, the idea of altering genes to correct genetic defects and thus prevent or cure genetic diseases, doesn’t hold a solution for their children – until now. Researchers at the Royal Veterinary College (RVC) have presented a scientific breakthrough, dubbed ‘designer sperm’, creating an opportunity to alter flawed genes and introduce new, functioning genes to pass down to future generations.

Transgenesis is the process of introducing a transgene, a gene or genetic material, from one organism to another so that the organism will exhibit a new property and transmit that property to its offspring. RVC scientists utilized this technology to create transgenetic animals; employing a viral vector to insert genetic material into mouse sperm, researchers implanted the newly modified sperm through in vitro fertilization. The resulting baby mice were born with the new genetic material, and scientists confirmed it was still present and active after passing through at least three generations of mice. According to Discovery Health, Huntington’s disease is an incurable genetic disorder that causes the brain’s nerve cells to progressively and irreparably breakdown. Known as one of the most serious hereditary genetic conditions, offspring of people with Huntington’s disease have a 50% chance of inheriting the defective gene. As the gene is passed down to later generations, the defective portion of DNA duplicates more and more, causing the disease to develop at a progressively younger age. The RVC research may hold the key to stopping defective genes in their tracks, saving future generations from inheriting many health conditions and life-threatening diseases like Huntington’s. This science holds potential to transform the face of genetic medicine – In respect to both genetic defects and hereditary diseases, our ability to manipulate DNA as an approach to alter genetics could soon change the definition of ‘preventative medicine’.

synthetic biology
About the author