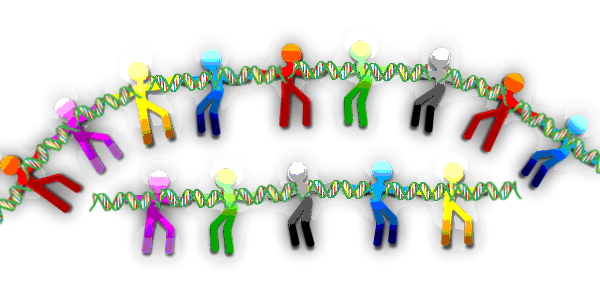 Everyone has that one person with whom they share an indescribable bond of inside jokes, nicknames and traditions. This is your best friend, your crutch, and most importantly your “person”.

Have you ever wondered why your friends are your friends? Nicholas Christakis states, “We prefer the company of people we resemble”. However, a recent study reveals that people unconsciously choose friends that possess similar DNA sequences. Scientists analyzed the commonality between genes of 2,000 non-biologically related friends. Surprisingly, the olfactory gene, related to smell, is the most shared amongst friends. This specific experiment was based off of the results from the “Framingham Heart Study”; a secluded group of people from one town was observed for information regarding heart disease risk factors and the comparison between friends DNA. Scientists furthered the “Framingham Heart Study” in order to better understand and provide a scientific explanation of the evolution of friendship.  Supposedly, the choosing of friends with similar genes could have contributed to evolution, social Darwinism and survival.

The correlation between common genes and friends changes the way people think about relationships. After comparing another 1.5 million gene variation markers, scientists concluded that friends could be as closely related as great-great grandparents and fourth cousins. In addition, a “Friendship Score” system has been created to predict potential friendships based on genetic background. Next time you’re hanging out with your best friend, just think, because of ancestry you might be closer to one another than you originally thought.

BFF'sBiologyDNAsynbiosynthetic biology
About the author