Have Your Cake and Tomatoes Too - Genome Compiler Corporation

Have Your Cake and Tomatoes Too 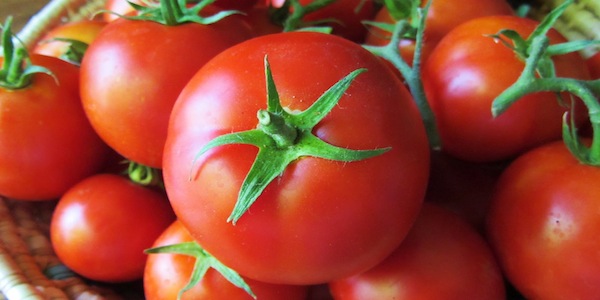 We constantly watch what we eat, conscious of lowering our ‘bad’ cholesterol (LDL) and raising our ‘good’ cholesterol (HDL). We may not always understand the biology and science behind cholesterol production, but we avoid high-fat foods to prevent the clogging of our arteries, just as science and doctors have always advised. Until now, scientists believed that the small intestine played a middleman role in the production of cholesterol by packaging the excess fat for transport to the liver. Once the fat was received, the liver was responsible for the increase of LDL and decrease of HDL; however, with the help of genetically engineered tomatoes, UCLA researchers have discovered evidence that may offer new knowledge about the small intestine’s impact on this change in cholesterol levels.

A group of lipids found in the small intestine, unsaturated lysophosphatidic acids (LPAs), have always been considered minor in the scientific community – compared to other lipids, they exist in minimal amounts and were never considered to play a central role in diseases, like atherosclerosis, resulting from high-fat diets. However, new science has revealed that this is no longer a reliable theory; according to ScienceDaily, “Scientists found that mice fed a high-fat, high-cholesterol diet (21 percent fat) showed a two-fold increase in the amount of LPAs in the small intestine over mice fed normal low-fat mouse chow (4 percent fat).” Later, when LPAs were added at only one part per million to the low-fat mouse chow, the increase in LPAs was the same as that in the high-fat diet. Citing that such a small amount of LPAs could have the same negative effect on the body as the amount of LPAs in a high-cholesterol diet sheds new light on the adverse effects of this lipid group. In addition to these findings, the experimental data also revealed new changes in the gene patterns of the small intestine, higher LDL levels, lower HDL levels, and an increase in blood markers of inflammation analogous to those seen in the mice consuming high-fat, high-cholesterol mouse chow.

So, now what? To some people, this means that one day we will be able to add a synthetic peptide to a plate of French fries and hope that our body won’t recognize the fat and cholesterol, and that eating a cheeseburger will have the same biological reaction as eating an apple. However, that’s not exactly the dream - scientists will now work to learn more about the LPAs and the genes that influence them in order to target the existing pathways. In the future, this will provide research to develop future treatments for atherosclerosis and related diseases.