Primer Library: The Effective Way to Manage, Design and Share Your Primers 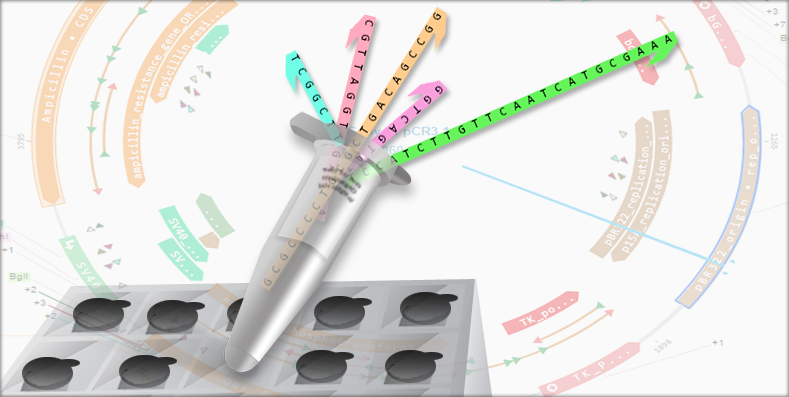 Good primer design is essential for a successful PCR. There are many factors to take into account when designing the optimal primers for your gene of interest, but even setting all of the necessary parameters that will promise a successful experiment, is not enough. It might be even more important to work with one platform to design primers, manage inventory and share all this data with your lab colleagues in order to make your work in the lab much more efficient.

So, how does it work?

Working with this powerful tool is simple; a short explanation will help you get it started. All you need to do is to create a new Primer Library folder inside the Materials Box. The Primer Library opens as a new tab and contains the following information about primers in a tabular format:

After creating your Primer Library, you can import primers to the Library from your computer and from existing projects, or create new primers directly from within the Primer Library table. The file formats supported for importing primers are:

What is it good for?

Storing your primers inside Genome Compiler Primer Libraries allows you to simultaneously search the libraries for primers which anneal to your opened project sequence.  Hence you can avoid re-designing and ordering primers which you already have stored in your inventory. Using the “Attach” primer function, Genome Compiler will search your specified primer libraries for exact matches of entire primer annealing sequences in the opened project. You can also refine your search in the advanced settings that allow you to:

Selecting "Find Primer" will open up a results list of all of the primers that match the project according to your settings – just "Attach" the desired primer/s to your project. You can edit your primers anytime via the project Primer Dialogs and also by accessing the Primer Library, but notice that in order to avoid a change in all of the projects the primer is attached to, duplicate the primer first and then make the desired edits.

Another reason to use Genome Compiler's Primer Library is the ability to share it and manage the primers' inventory together. Sharing the Primer Library is done by simply right clicking on the Primer Library folder you wish to share in the Materials Box and selecting "Share". Decide if you'd like to grant 'Read/Write' or 'Read only' access and then enter your colleague's email. You and your collaborators will then be able to work with one streamlined Library for all of your primers available in the lab. It will be possible to access and edit the primers inside the library any time, track the date and author of primer edits, attach primers to any project you are working on and check the primer availability.

Finally, let's conclude with 12 tips for a successful primer design:

Learn more about the Primer Design and Primer Library in our user manual or just watch a short tutorial video.

PCRPrimer 3primer design
About the author