Should We Label GE Foods? 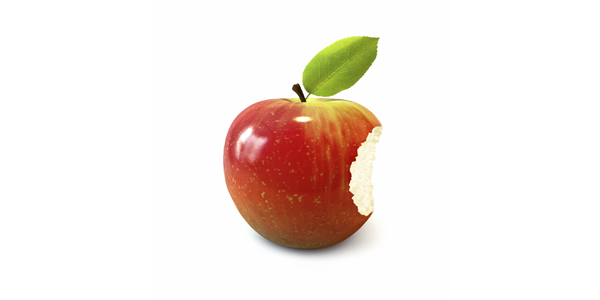 In Washington State, a new initiative I-522 or “ the People’s right to know Genetically Engineered Food Act” is causing quite a scare about GE foods among local consumers. There is a website now dedicated to the campaign, Yeson522, where readers can find all kinds of information on the “dangers” of “unnatural” genetically engineered foods. I-522 would enforce the labeling of certain GE foods, such as chips, cold cereals, soft drinks and candy. Washington’s initiative is similar to California’s Proposition that was defeated in 2012 which would have required GE foods to have labeling on the front of packages of foods that contain or may contain GE ingredients ( this does not include meat and dairy from animals that ate genetically engineered feed). This would mean that about three quarters of food on supermarket shelves would need to be labeled.

Why do we need special GE/GMO labels? This is a question that Yeson522 fails to answer properly. Yeson522 claims that families have a right to know what’s in the food they are eating to make informed decisions when buying food for themselves. However, there is no scientific reason to believe that GE foods have a negative effect on the health of those consuming them.

The supporters of I-522 claim that all consumers have a right to know what’s in their food, so what is the problem? Well, according to a recent article in Forbes , the term “genetically engineered” itself is deceptive. GE foods cannot be put together in one category nor are the proven to be any less safe or natural than other common foods. Farmers and breeders have used hybridization to create plants that couldn’t exist on their own in nature, including different types of oats, fruits, vegetables corn, wheat, tomatoes, potatoes and more. This actually includes the organic “all natural” foods at Whole Foods as well.  Slowly but surely former anti-GE activists are now taking a stand for GE foods, stating that organisms made with “ most modern genetic engineering techniques are safer and more precise than conventional breeding.” Further, the co-founder of Greenpeace and former anti-GE foods advocate, came around recently to announce his support for the “many potential benefits” of GE foods for the environment and stated that “ The environmentalists campaign against biotechnology in general and genetic engineering in particular, has exposed their intellectual and moral bankruptcy.” (Forbes)

One problem is that the I-522 initiative is a bit deceptive because it exempts many foods from being labeled- meat and dairy products, beer fermented with GE yeast, restaurant foods- , are not required to be labeled. Labeling is in part an effort to make the use of GE food process more expensive and complicated for farmers, shippers, regulators and others in the agriculture field. GE foods have helped people around the world have higher crop yields and has helped to combat childhood infections from previously infected crops. Further, the American Medical Association’s Council on Science and Public Health stated in 2012 that although consumers are interested in mandatory labeling, the “FDA’s science based labeling policies do not support special labeling without evidence of material differences between bioengineered foods and their traditional counterparts.” That being said, even if Washington passes the initiative, it is highly probable that the FDA will not allow the initiative to follow through without enough scientific evidence. There have been numerous cases where the FDA has chosen not to label because the state could not demonstrate some indication that there is cause for “reasonable concern for human health or safety.” A federal case similar to I-522 which involved several food associations and companies that wanted to label milk from cows treated with bioengineered bovine somatotropin, culminated with the court stating that a labeling requirement can not solely be motivated by a desire to satisfy consumer interest. ( Seattle Times)

Consumers confused with new labels and bad GMO stereotypes are easily convinced of the “dangers” of GE foods. However, those who advocate for labeling of GE foods need to work on convincing arguments for those in the scientific and medical communities before creating an initiative that contains many flaws.