We're thrilled to bring you updates on our development, new partnerships, and new projects.  Check back often as things are just starting to take off.

In the meantime, here's a fantastic article from the BBC talking about the future of read/write biology, highlighting the work of one of our advisors, George Church: 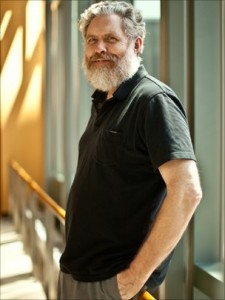 About 30 years ago, Prof Church was one of a handful of people who dreamed up the idea of sequencing the entire human genome - every letter in the code that separates us from fruit flies as well as our parents. His lab was the first to come up with a machine to break that code, and he's been working to improve it ever since.

Sequencing the genome is actually just the beginning, rather than the end of his decades-long work.  He believes that writing and editing DNA is the next step after sequencing:

"You bring down the price and many blossoms bloom," he says.  Prof Church doesn't want to make these discoveries himself. The pace of that kind of science is too slow for him, and not driven by technology.