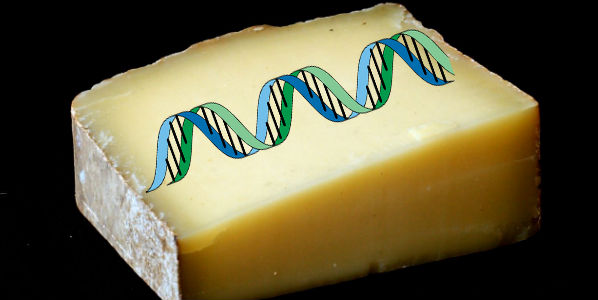 The art of creating cheese is a tale as old as time, dating back thousands of years. This tradition is changing because of a team of citizen scientists, bio-hackers, biotech-engineers, and computer scientists from the Bay area in San Francisco.

According to the video and USA TODAY, 60% of adults are considered lactose intolerant. These scientists are working on a way to create a vegan cheese by engineering baker’s yeast with the help of synthetic biology.

Saccharomyces cerevisiae, colloquially known as baker’s yeast, possesses properties that allow for the making of milk protein. A cow’s milk protein has a certain genetic sequence that can be used to create cheese protein genes. These cheese protein genes are then able to function in the baker’s yeast. More specifically, scientists isolate the cheese protein genes and inject them into living yeast cells. As these genetically modified cells grow, they produce a raw cheese protein, which can be separated from the yeast. After the protein is withdrawn, it is combined with vegan milk and processed the same as dairy cheese. Cheese requires three main ingredients: fat, lactose and h20. Vegan cheese requires a few different ingredients as the fat is substituted with vegetable butter and lactose is replaced with vegan sugar.

For all you vegans out there, now there’s a no harm way to eat cheese. No more missing out, now you can wine and dine your significant other with cheese and crackers. Vegan cheese is not yet on the shelves but the team hopes to have a finished product in the near future. This project could revolutionize the dairy industry and change the way cheese is perceived.