The Next Step in Synthetic Biology? New Artificial Nuelotides can Change the Basics - Genome Compiler Corporation

The Next Step in Synthetic Biology? New Artificial Nuelotides can Change the Basics

You are here:
May 12, 20142 CommentsNewsBy Genome Compiler Media Team 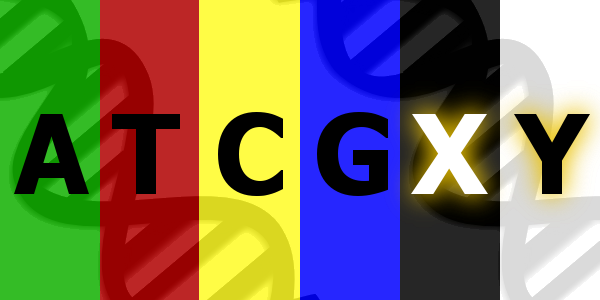 This week, the synthetic biology community is excited to add two new materials to its genetic toolbox. Researchers at The Scripps Research Institute of La Jolla, California have announced the successful synthesis of two entirely synthetic nucleobases with the ability of incorporating the new proteins into the DNA of E. Coli bacteria.

These breakthrough findings effectively increase the “genetic alphabet” of DNA by 50%. In addition to Adenine (A), Guanine (G), Cytosine (C) and Thymine (T), nature’s standard genetic building blocks, the biologists at Scripps Research Institute have added d5SICS and dNaM. With these purely technical monikers the team behind the project has elected to represent their artificial proteins with the initials X (d5SICS) and Y (dNaM) to better fit in with their naturally occurring counterparts.

The introduction of a new base pair formed by X and Y into the malleable biological code of E. Coli has proven that such profound alteration of DNA is not only possible but exceptionally stable. Researchers have encountered healthy organisms with the synthetic base pairs with an ability to sustain life and were capable of normal reproduction for well over twenty cycles. Each successive generation of replicated bacteria was able to flawlessly carry on the X and Y nucleotides in their genetic code.

As an unnaturally occurring base pair it is no wonder that the X and Y development exhibit traits not found within the four building comprising the entirety of known life on earth. The new proteins utilize a radically different bond structure than those found in non-artificial base pairs and respond in an exceptionally different manner to A, C, T and G proteins than they do to one and other.

One can only dream of the possibilities for the further development of the science behind the research that led to the addition of X and Y to the genetic spectrum. With the novel understanding that life can be possible outside of the most basic framework understood by mankind, the promise of organic life forms existing in radically different conditions elsewhere in the universe becomes more feasible. The applications of medicine or industry utilizing the development of artificial base pairs are also unfathomable and perhaps more of the secrets of combating disease or harassing synbio within a commercial context will be gained as a result of this research.

Regardless of the unknown impact this incredible breakthrough will have on the future of synthetic biology, it is clear that such unique research can fundamentally alter even the most seemingly permanent constraints of nature. When even the basics are rocked to the core, as seen here with the inclusion of the artificial X and Y nucleobases, the nearly infinite potential of synthetic biology appears to grow to even greater heights.

To take a look at these outstanding findings from The Scripps Research Institute be sure to view the research published here in The Nature Journal.